With the conception of Between Two Waters, artist Nelson González exposes an understanding of the intercultural procedures that find themselves at the core of artistic contemporaneity. Of being part of the process of creation. By the use of themes found in the same or different cultures, new artistic forms can be elaborated. Pioneers of contemporaneity championed this vision of the in-between that produced new textual forms. Think of for example Van Gogh and his artistic relationship to Asia, Gauguin with Oceania and Picasso with Africa.

These intercultural interactions, which reinvigorated artistic languages of the West, served as a starting point for González’s journey. Making use of more contemporary genres merged with creative integrative processes and synthetic techniques such as photography, collage, performance, the readymade and installation, Gonzalez creates new junctions between two cultural realities that produce a new form. The artist investigates here the permeable boundaries in areas of exploration where the integration-of-the-arts and the art-of-integration can serve as a fusion of contrasts between geographical divisions and cultural territoriality: the Dominican Republic / Haiti, North Korea / South Korea.

Art excites the visions and reflections of that area where cultures come into contact, even if unconsciously. In the performance Love me South Korea for example, this arises from that ambiguous intersection between the presence of the artist’s body and the image in the mirror that tries to bring together the masculine and the feminine. This happens through an insight into narcissism in Korean culture. The artist, who embodies the western masculine image in his bold figure, beard and skin complexion sustains the performative action and makes his own image of masculinity ambiguous with his gestures, makeup and the act of kissing in the mirror. Narcissism, which the artist has observed in Korean culture in individuals with hairless and thin bodies, makes him perceive these individuals as undifferentiated beings in what he sees as a neutralization of the attributes between man and woman.

The works in Between Two Waters have to be read following the intercultural construction of the different understandings of the works. These may be found in two paintings that make reference to an undifferentiated model between a Haitian and a Dominican painter (operation Adrien Taunay). In other instances, it can be found in opposing elements between two cultures as is the case of the ‘readymade’ of a plate with the figure of Mickey Mouse with western balls standing in for food and, on the sides, a western spoon and oriental sticks.

Nelson González undertakes his investigation in situ in each place he visits. He fuses the local cultural plurality in a textual assemblage that seems to bifurcate in its reading, depending on what edge Between Two Waters is viewed from. 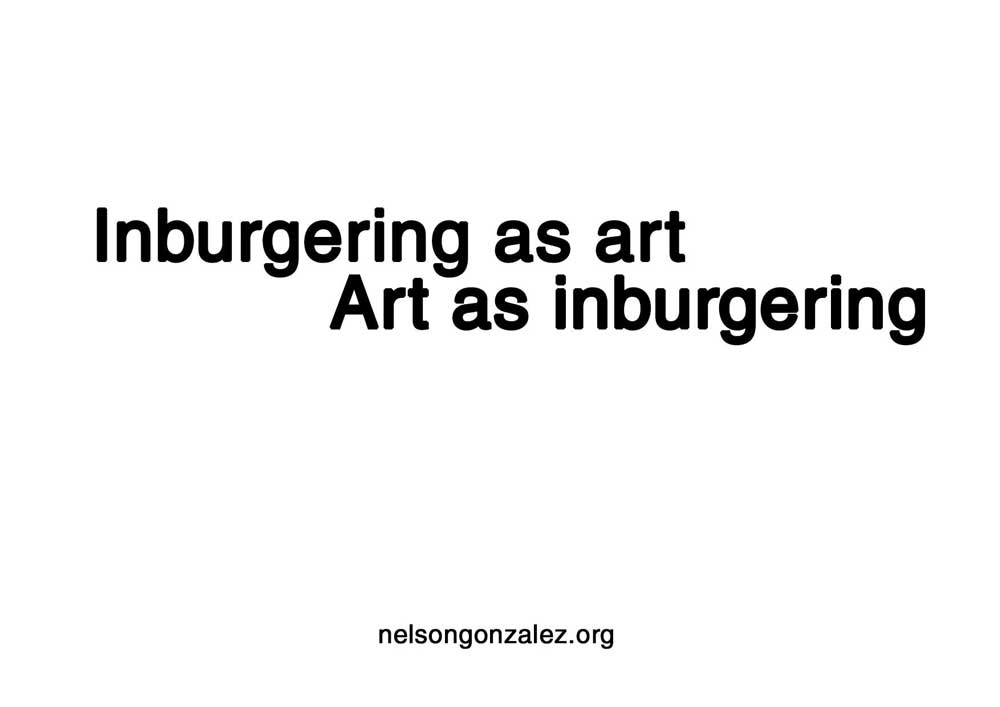 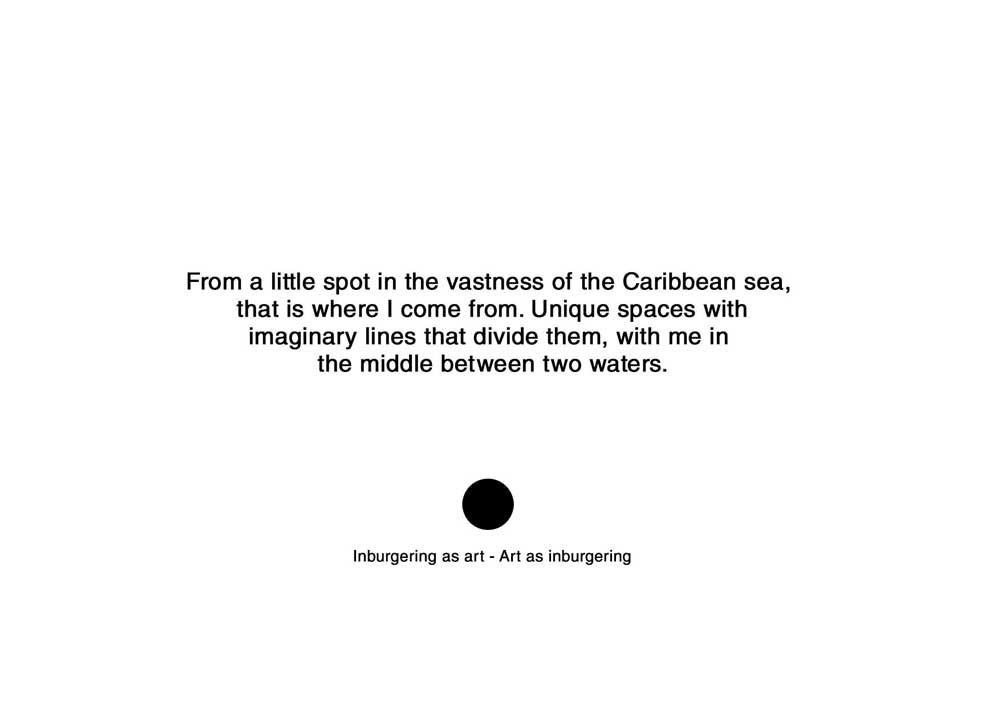 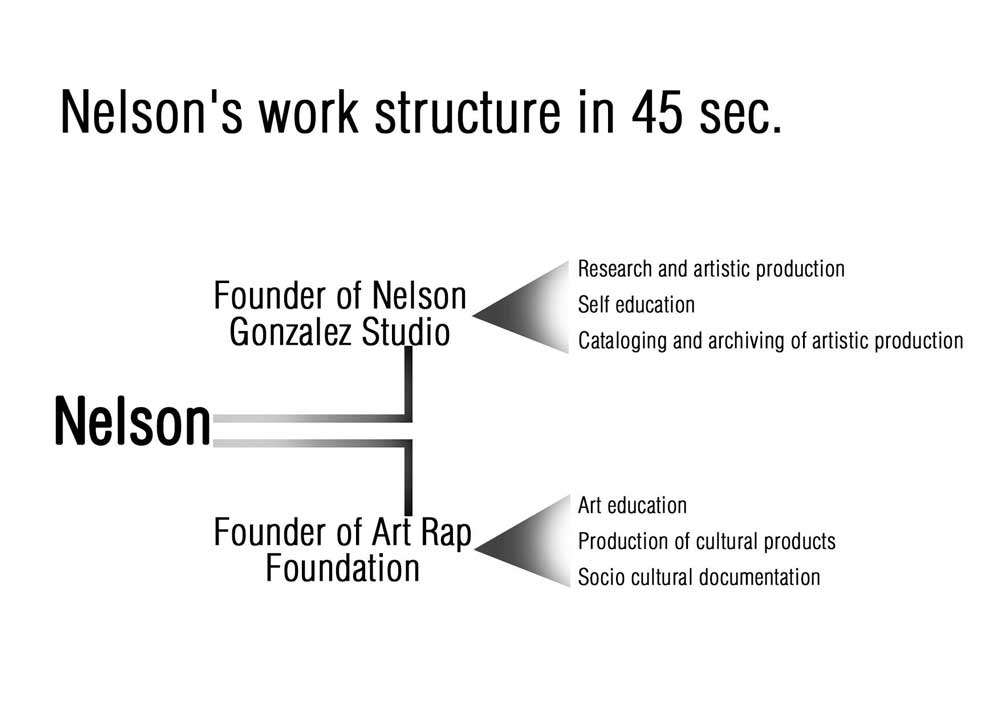 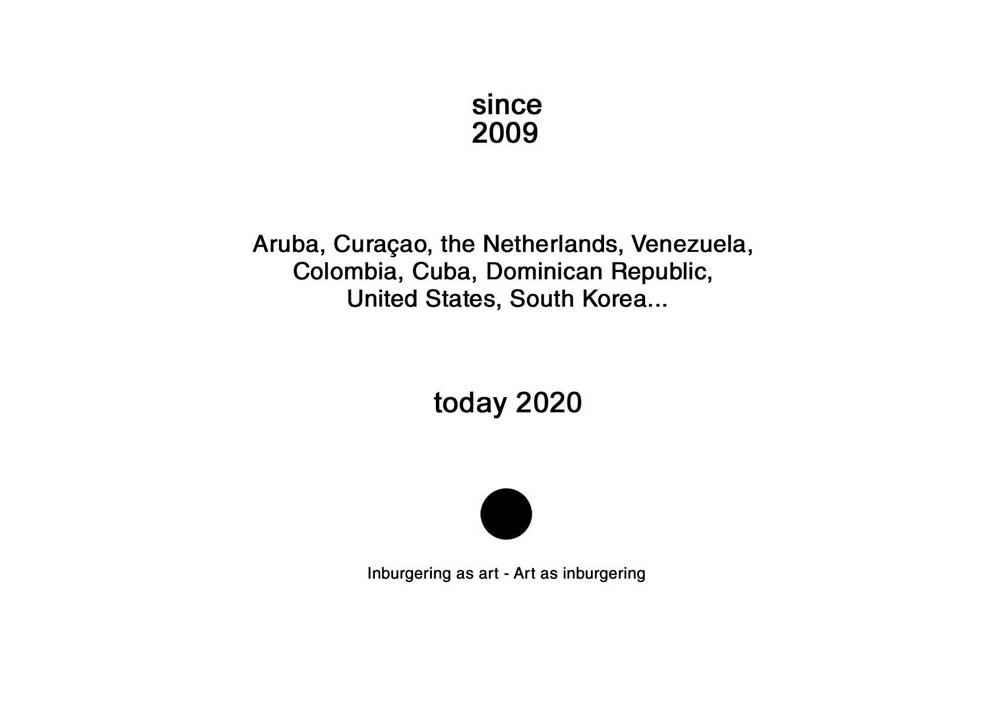 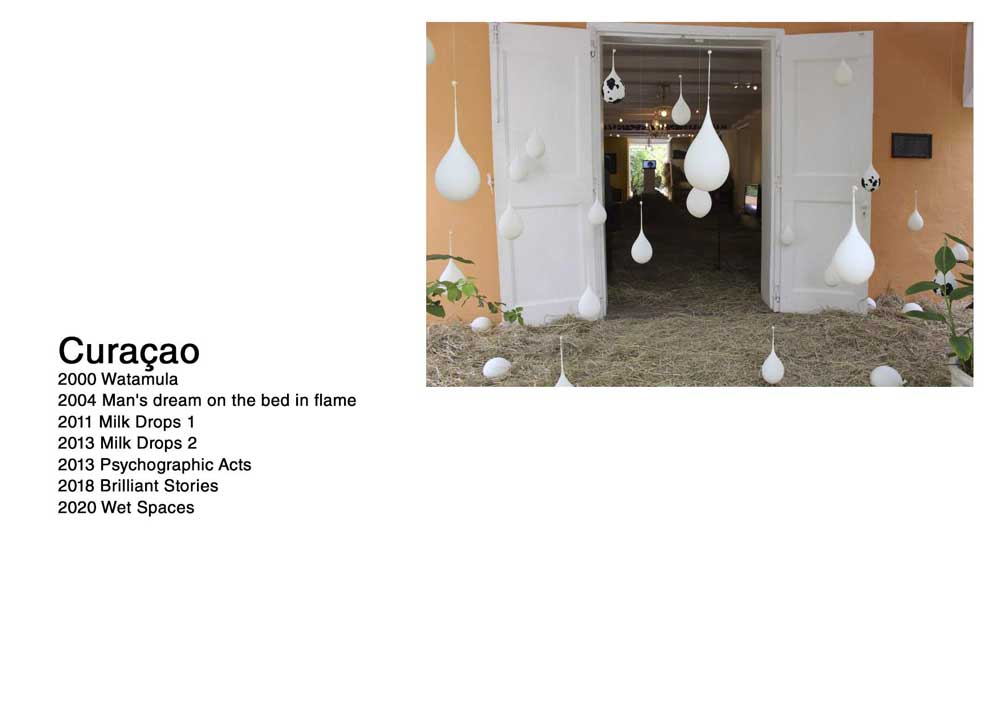 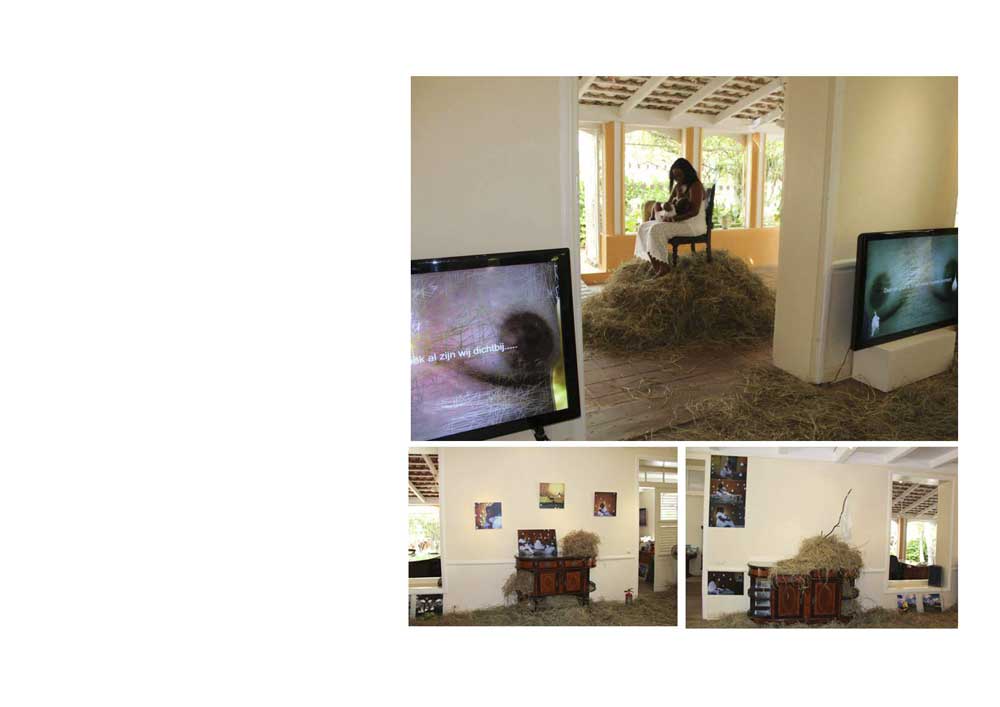 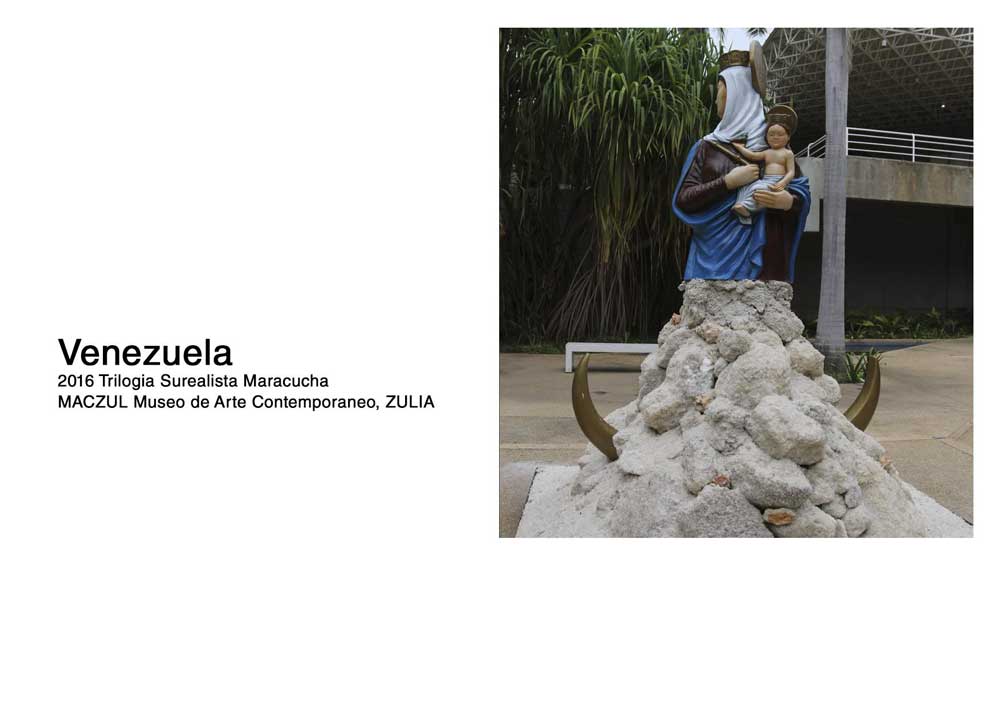 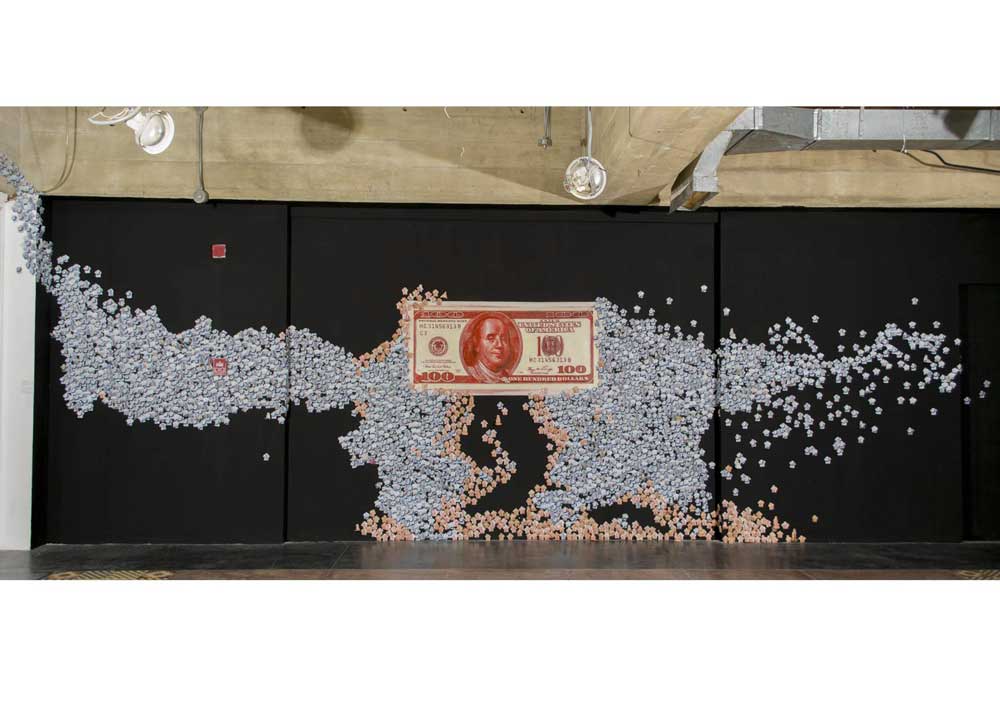 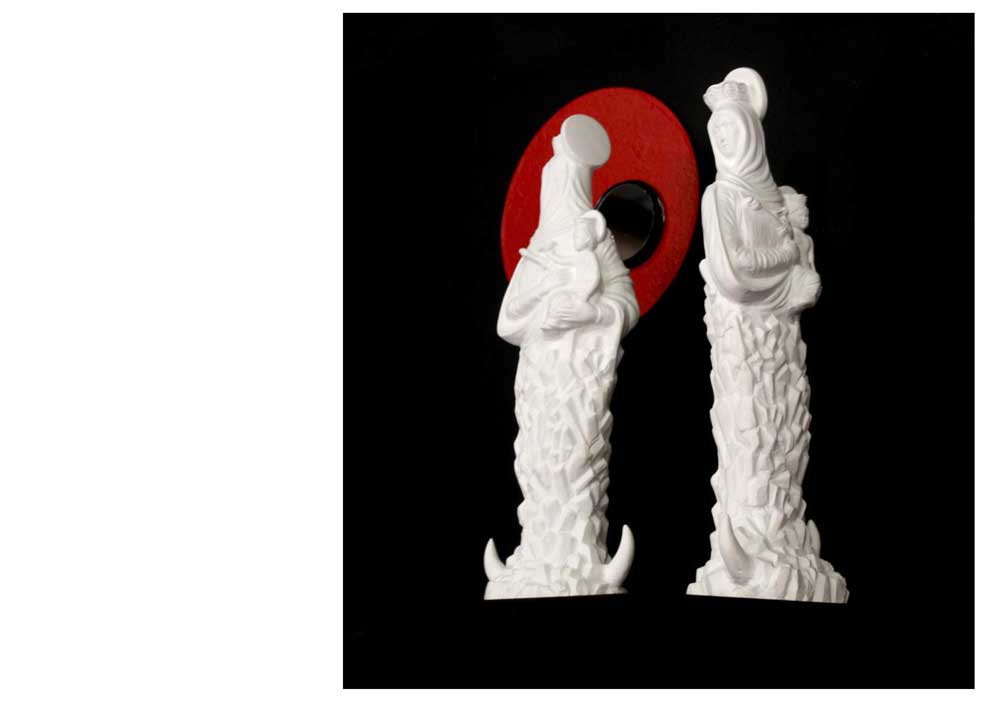 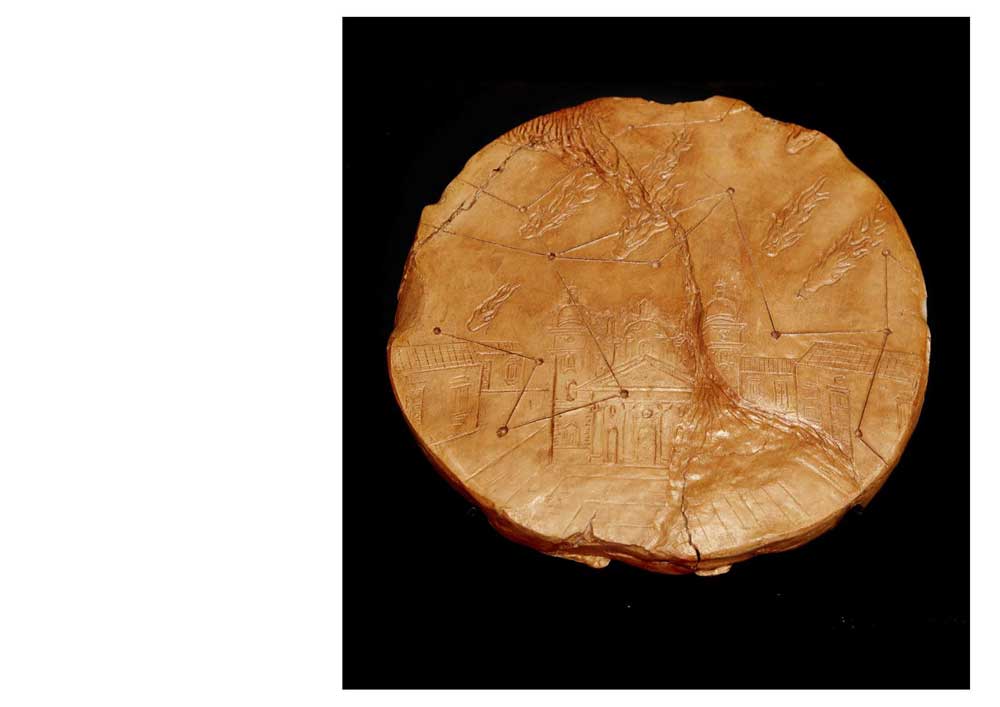 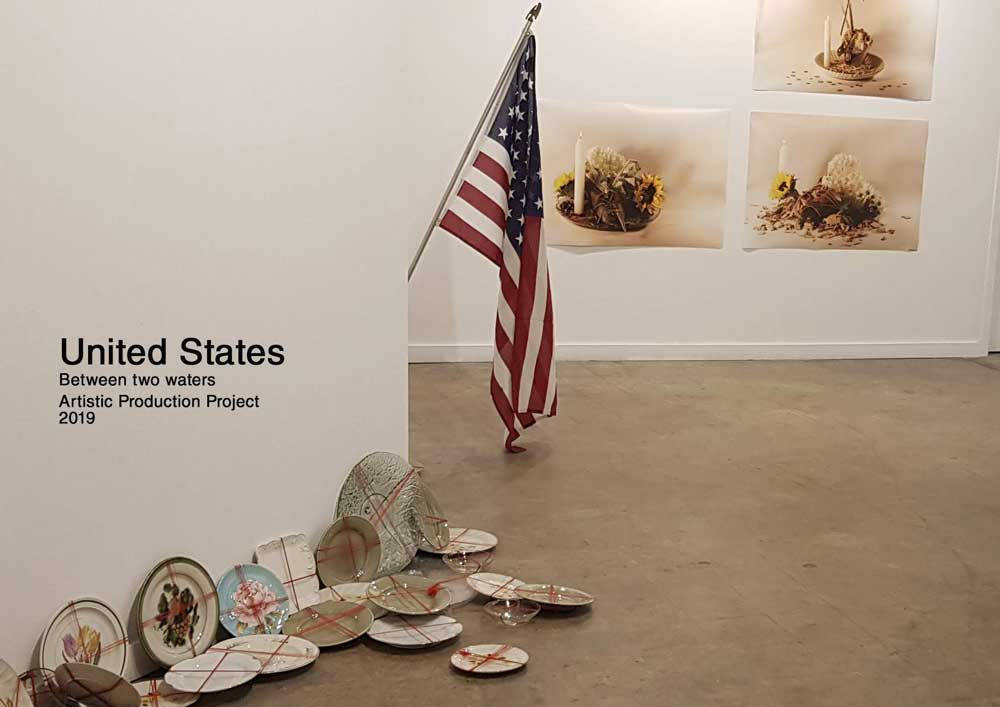 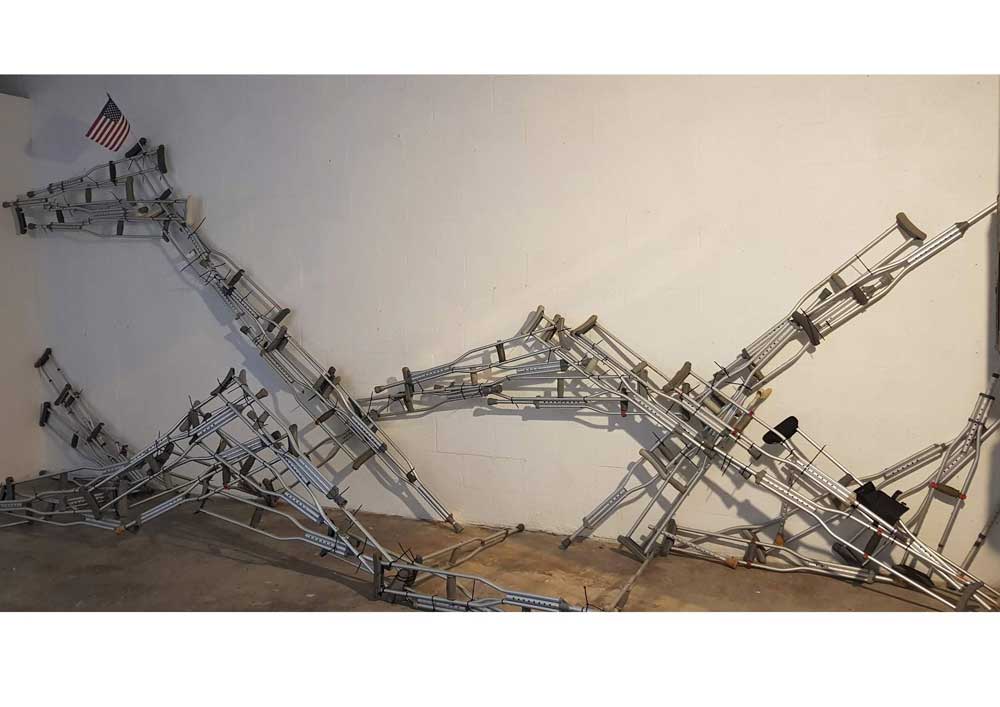 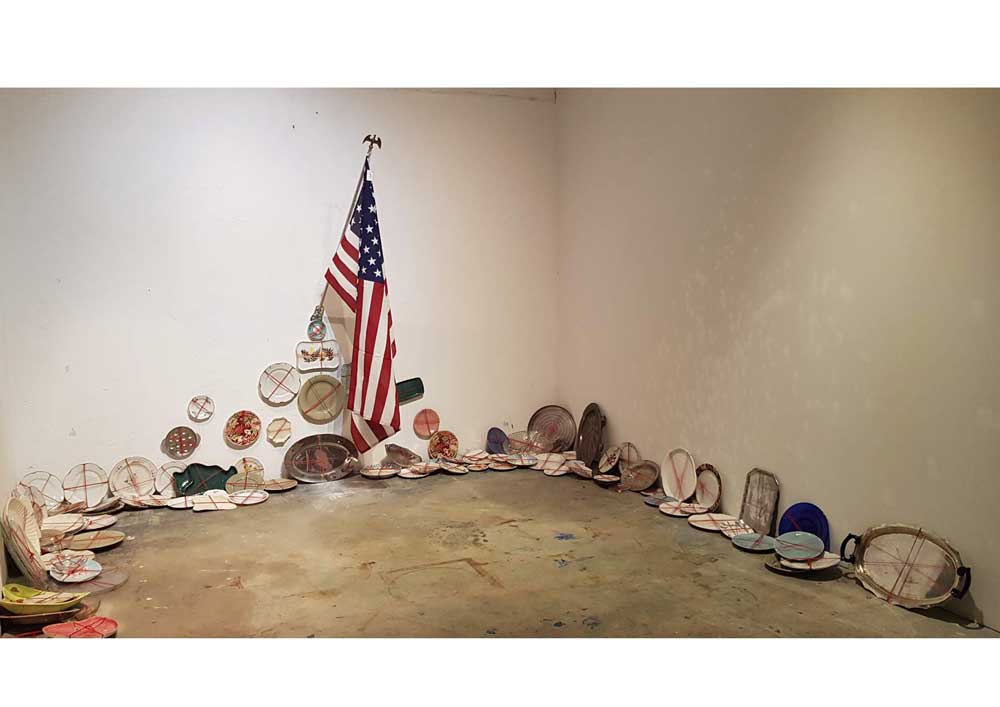 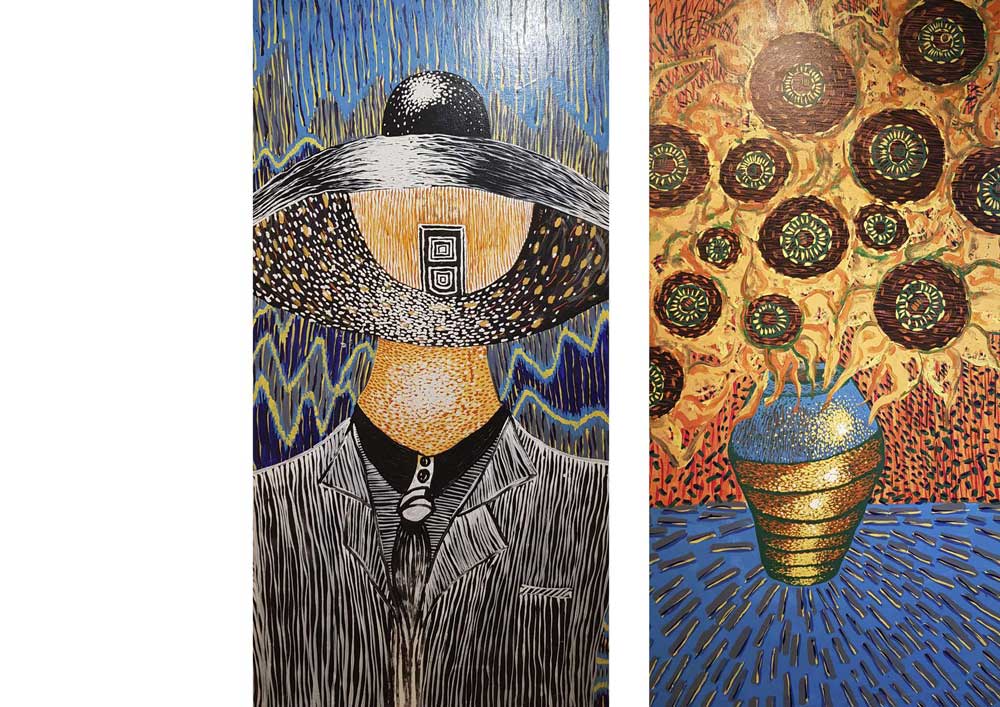 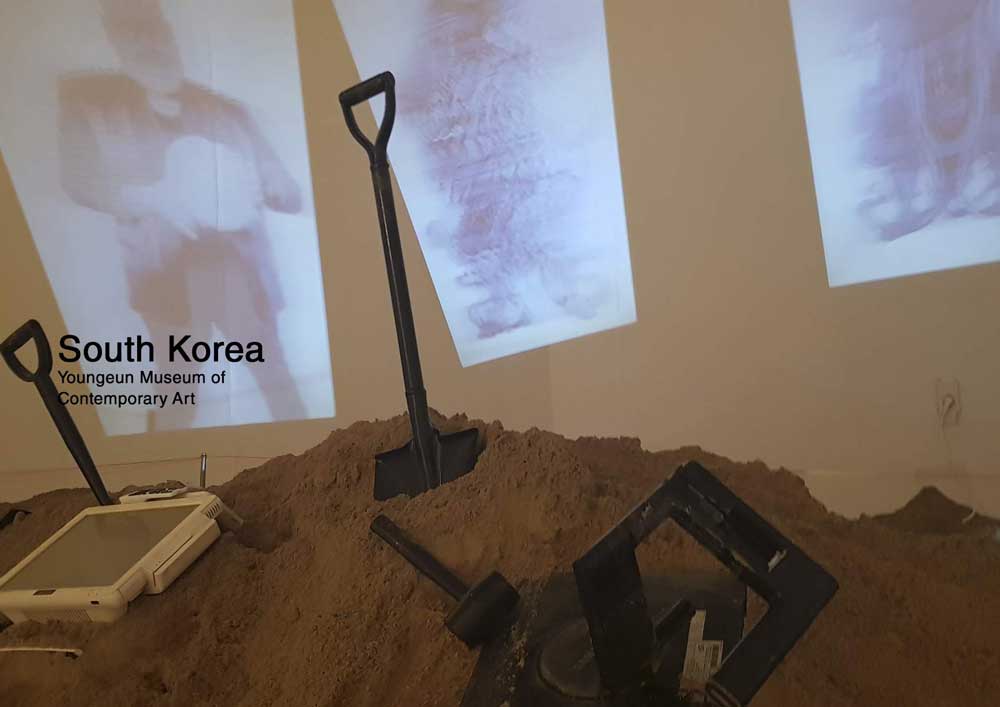 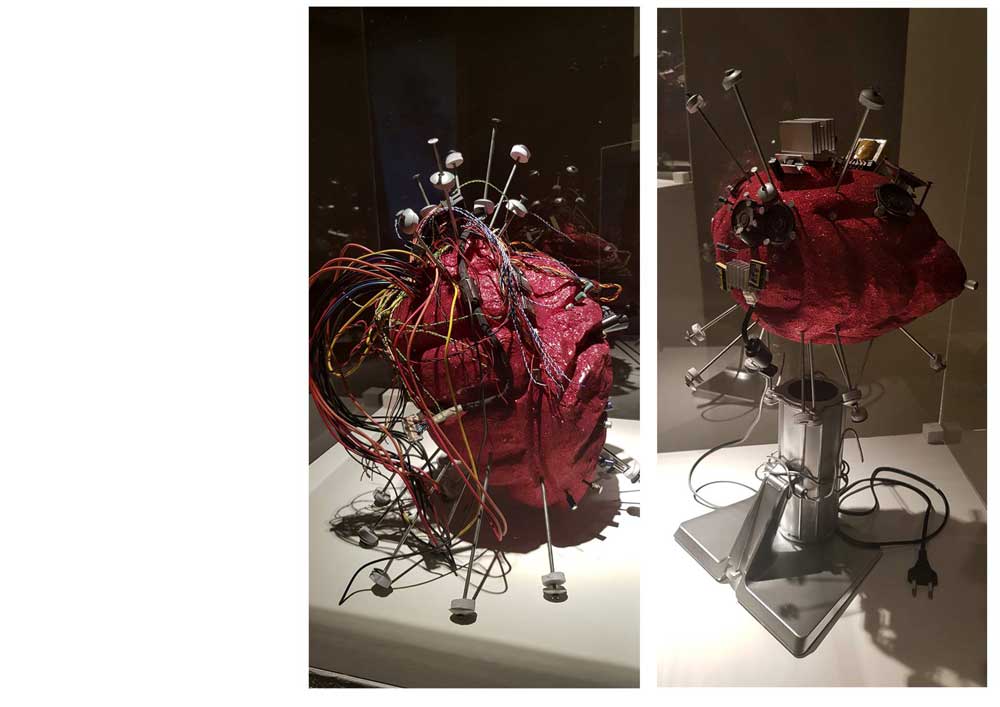 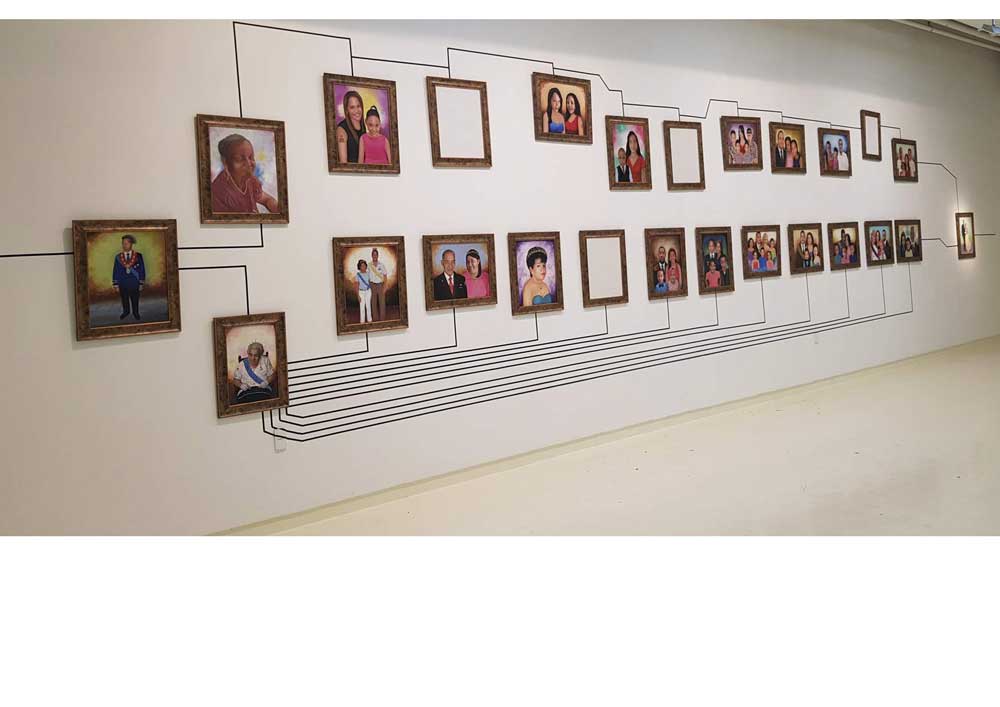 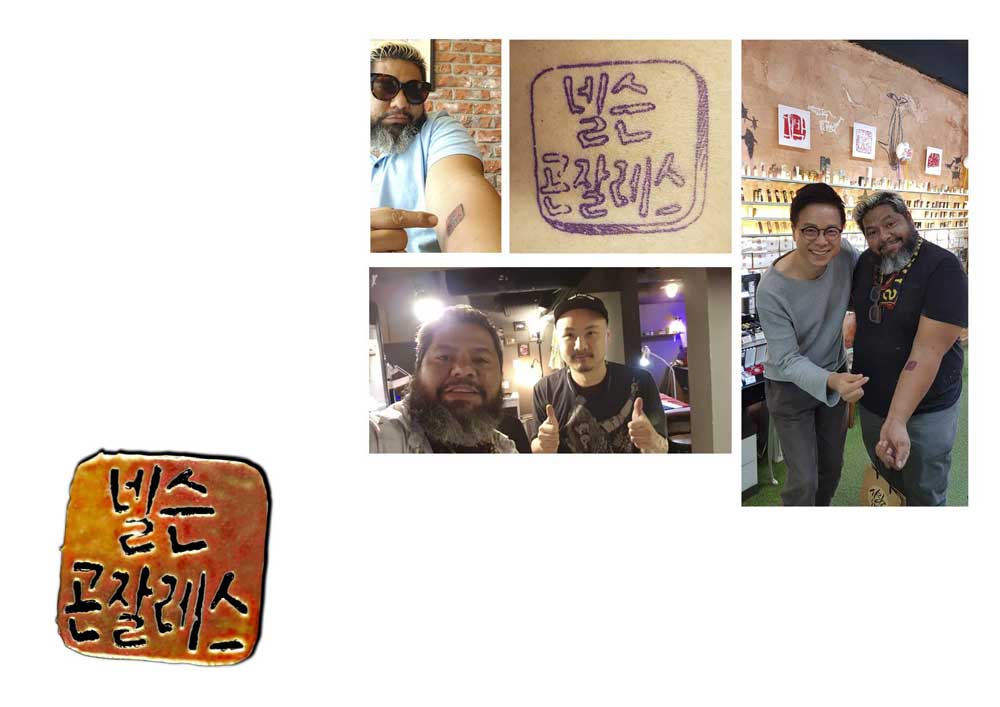 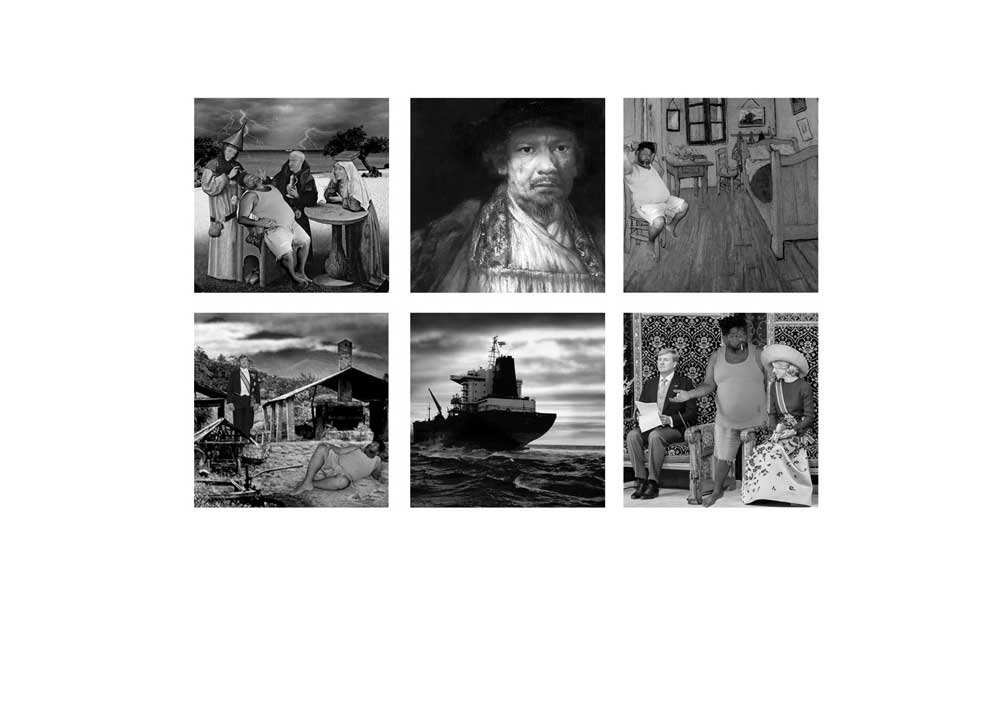 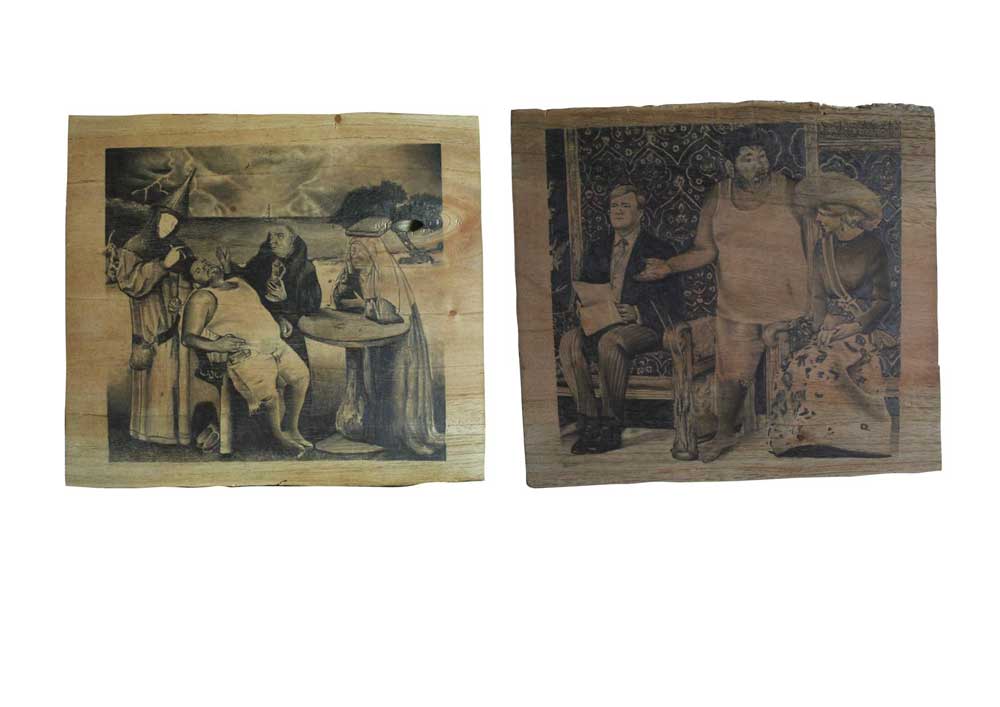 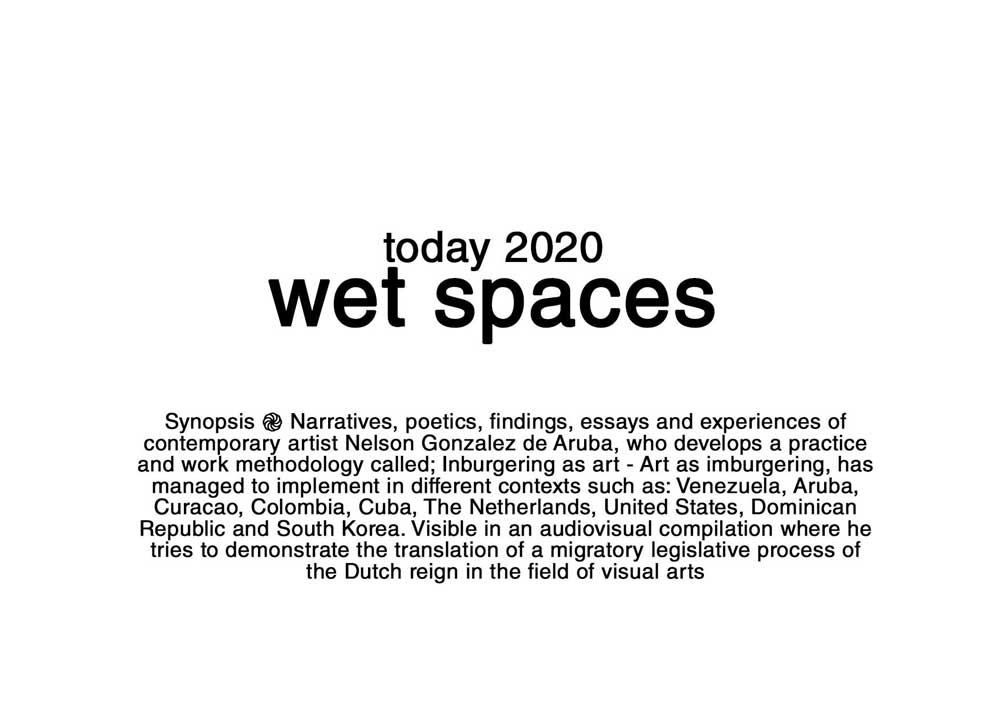 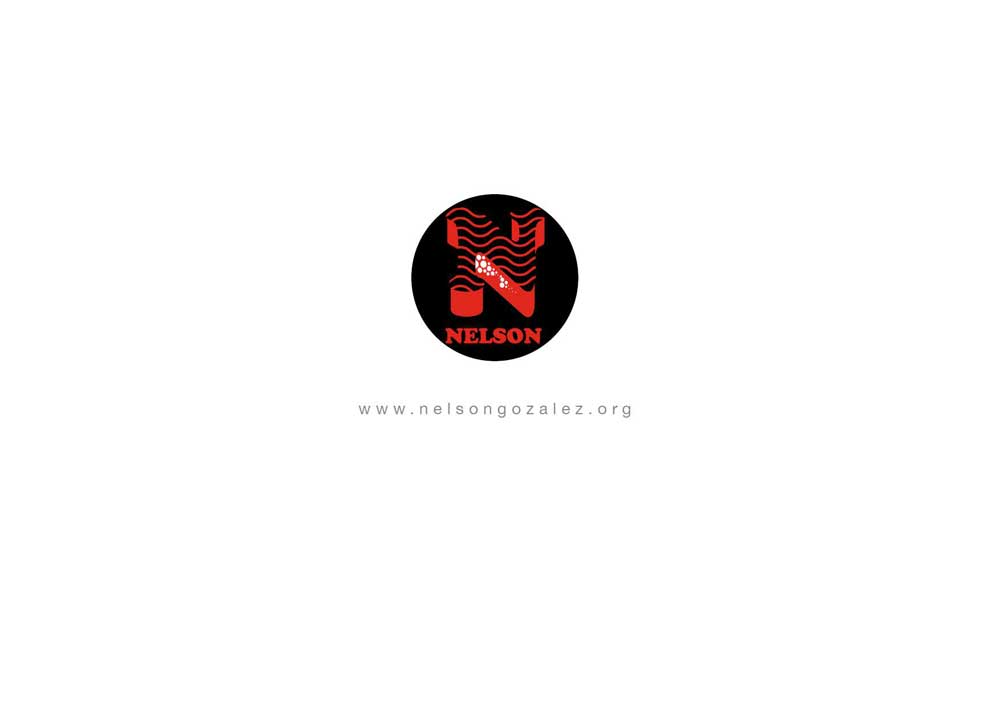