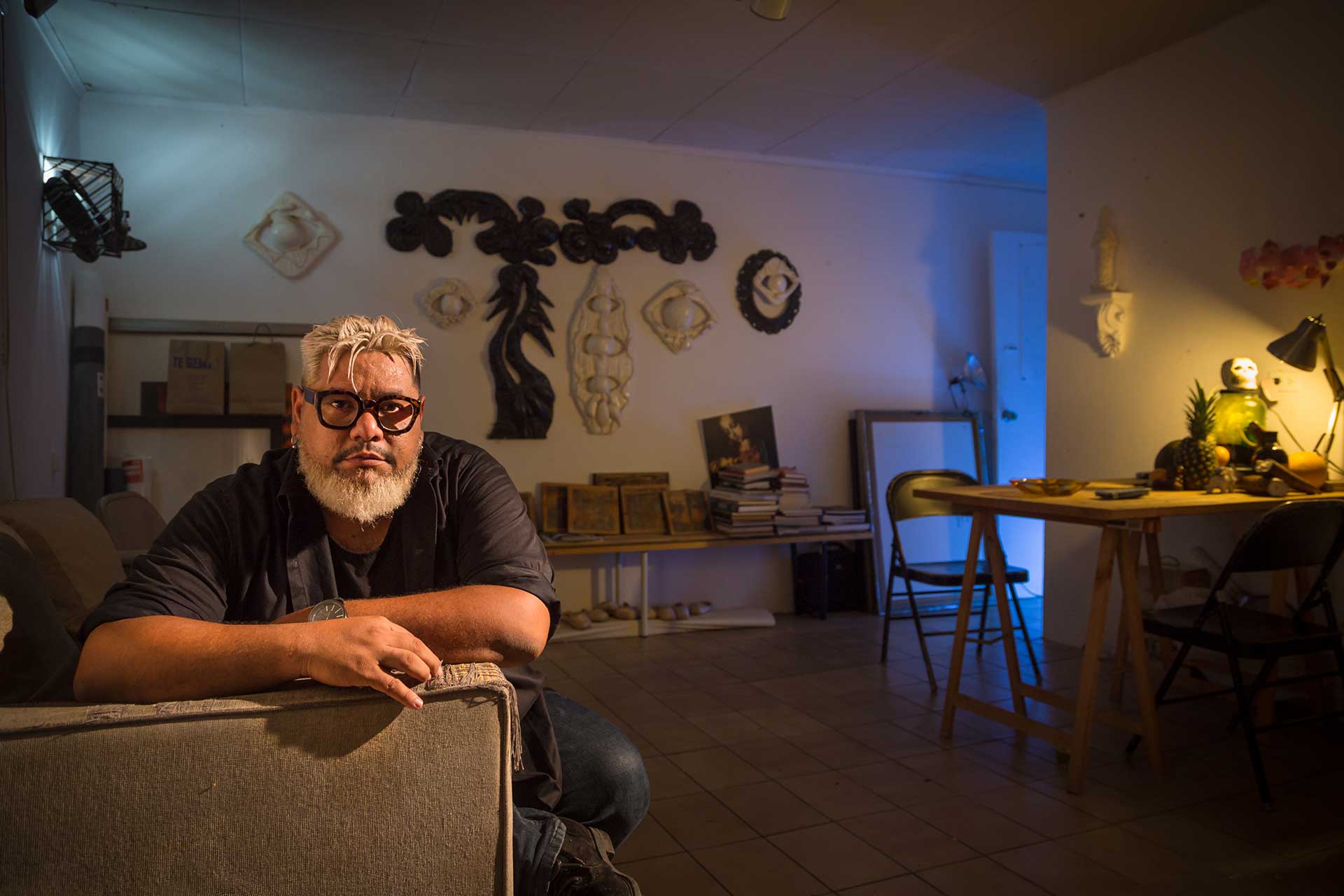 He lives and works in Aruba since 2003. He is a contemporary artist, producer and teacher. Founder of Art Rap Foundation Aruba. Started his formation at a young age. His work can be considered a hybrid platform which harmonizes audiovisual elements, performance and installments.