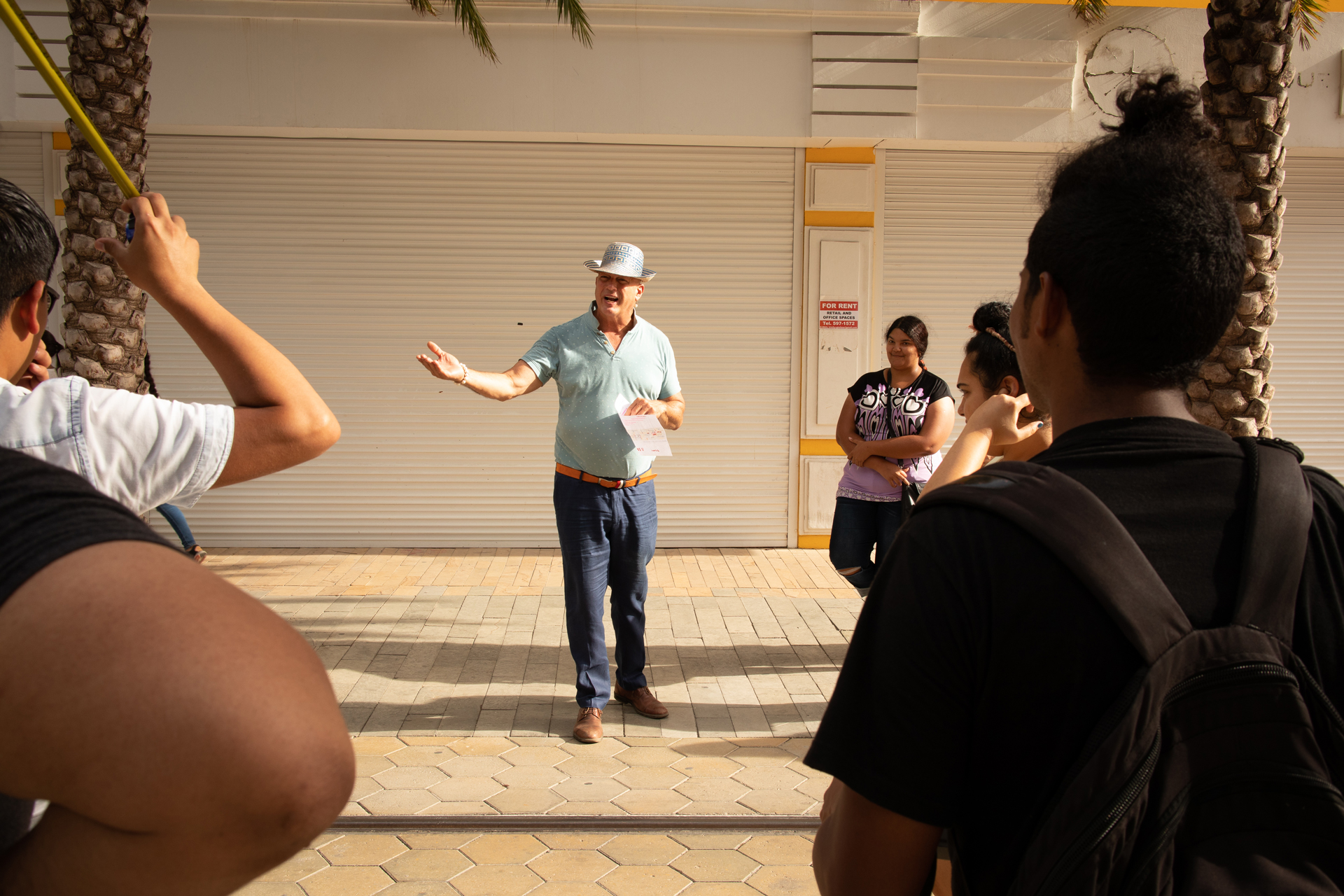 Elvis Lopez Art’s gentle giant Everyday, the tall, imposing figure of Elvis Lopez is seen hurrying through the maze of studios, exhibition halls and offices at Ateliers ‘89, a quiet mecca for the arts housed in a rambling old turn-of-the-century school in the suburbs of downtown Oranjestad. Ater his training at the prestigious Gerrit Rietveld Academy in Amsterdam, Elvis was appointed by the Aruba government to coordinate such projects as Ateliers ‘89, a local experiment in the area of art education to stimulate the visual arts in Aruba. Today, he is the multi-tasking director of this non-profit foundation that provides training, inspiration and opportunity for Arubans and others from the Caribbean region. A prolific ar6st, Elvis has been exhibiting since 1985 at well-respected galleries and musea throughout the world, including the United States, Curaçao, Aruba, Venezuela, Cuba, France, United Kingdom, and the Netherlands, and has been invited to represent Aruba as artist, lecturer and curator on many occasions. “I no longer see myself as a full-6me ar6st; I want to create a venue that benefits both individuals and the community.